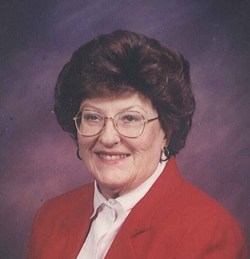 
Alice L. Faivre Maynard, age 90 formerly of Mauston/Westfield, passed away on Friday, May 30, 2014 at Premier Rehabilitation and Skilled Nursing in Beloit. She was born on December 9, 1923 in Westfield. Alice graduated from Westfield High School in 1941. She married Roger Faivre in 1943, he preceded her in death in 1964. Alice was then married to Charles Maynard in 1966, he preceded her in death in 1998. She loved to go out to eat, travel, her job, her cats and especially her children and grandchildren.

A funeral service for Alice will be held on Thursday, June 5, 2014 at 11:00 a.m. at Mauston United Methodist Church, Mauston with Rev. Wendell Williams officiating. Burial will be on Thursday at 2:00 p.m. at Westfield East Cemetery, Westfield. A visitation will be held on Thursday from 10:00 a.m. until the hour of service at the church. Memorials would be appreciated to Mauston United Methodist Church.

Please take a moment to view the online guestbook. Send your condolences or share a memory of Alice with her family & friends.

To order memorial trees or send flowers to the family in memory of Alice Maynard, please visit our flower store.