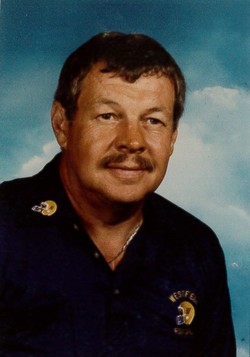 
Allan E. Kangas, age 78 of Westfield, passed away on Monday, October 31, 2016 at UW Hospital in Madison. He was born on August 15, 1938 at home in Ironwood, MI to Toivo and Mayme (Saari) Kangas. Al attended Roosevelt Grade School and graduated from Luther L. Wright High School in 1956. He was Junior Class President and Prom King. Al also lettered in football his junior and senior year and was team captain. He joined the United States Marine Corps and was enlisted for two years. Al then attended Michigan State University for one year where he played football. He married Elaine Roche on January 2, 1960. Al went to Superior State College where he played football and earned his bachelor and master’s degree. He taught in Cumberland, WI for two years and in Hillsboro, WI for three years before settling in Westfield in July of 1970. He retired from teaching in 1996. Al coached football for 36 years with 26 of them being in Westfield. In 2003 he was inducted into the Wisconsin Football Coaches Hall of Fame. He loved to golf and was also the golf coach in Westfield for 26 years. Al was a member of Immanuel Lutheran Church, Westfield where he served in numerous capacities. Along with teaching, Al was a journeyman bricklayer. He was an avid Detroit Lions and Michigan Wolverines fan.

Please take a moment to view the online guestbook. Send your condolences or share a memory of Al with his family & friends.


To order memorial trees or send flowers to the family in memory of Allan Kangas, please visit our flower store.