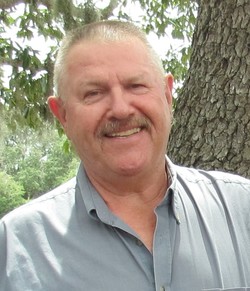 
C. Edward Guptill Jr., age 66 of Westfield, passed away unexpectedly on Monday, November 10, 2014 at his home. He was born on July 3, 1948 to Clarence “Mickey” and Elizabeth “Betty” (Rucker) Guptill Sr. in Beaver Dam, WI. Ed was a graduate of Horicon High School, class of 1966 where he played football and baseball. He graduated from MATC in Milwaukee. Ed worked as a mechanic at Guptill’s Dodge Chrysler Plymouth until he took a position at John Deere Horicon Works where he retired after 31 years of service. Ed enjoyed playing sports in his youth and later coached The Horicon American Legion team. He was a member of the Horicon Volunteer Fire Department. Ed was an avid sportsman; passionate about hunting, fishing and creating habitats to increase the deer population in the state of Wisconsin which was evident by his tenure on the Wisconsin Conservation Congress. He was a member of New Beginnings Christian Community Church where he attended Bible studies. Ed was invested in the surrounding community volunteering his time with Habitat for Humanity, Salvation Army, Harrisville Brat Fest, helping with VFW Post 8718, teaching future hunters as a Hunter Safety Instructor, a member of the Westfield Rod and Gun Club and Harrisville Sportsmen’s Club. His proudest moments were those spent with his children and grandchildren.

Survivors include his three daughters, Dena Long, Janay (Ken) Brewer and Kari (Brian) Holley, all of FL; eight grandchildren; one great-granddaughter; sister, Betty Lou (Karl) Bobholz, Briggsville; many other relatives and friends. He was preceded in death by his parents.

A funeral service for Ed will be held on Thursday, November 20, 2014 at 11:00 a.m. at New Beginnings Christian Community Church, Westfield with Pastor Terry Temanson officiating. Burial will be in Sheldon Cemetery, Town of Harris. A visitation will be held on Wednesday, November 19, 2014 from 4:00 to 7:00 p.m. at Steinhaus-Holly Funeral Home, Westfield and on Thursday from 10:00 a.m. until the hour of service at the church. In lieu of flowers, a memorial will be established.


Please take a moment to view the online guestbook. Send your condolences or share a memory of Ed with his family & friends.

To order memorial trees or send flowers to the family in memory of C. Guptill Jr, please visit our flower store.