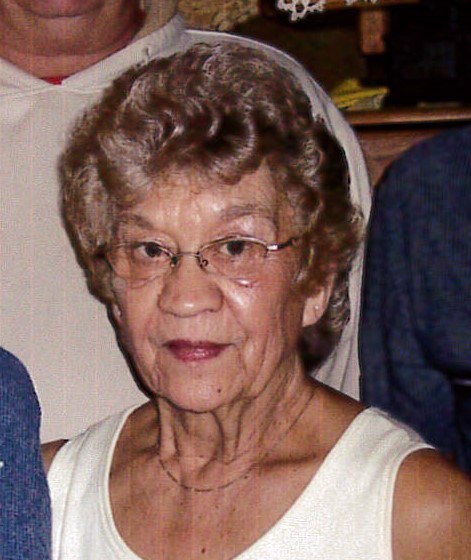 Darlene M. Granger, age 81 of Harrisville, passed away after a long battle with heart disease on Tuesday, November 17, 2020 at her home.  She was born on July 17, 1939 in Lynxville, WI to Wilburt and Agnes (Kozelka) Granger.  Darlene was married to Norman R. Szoke from November 16, 1957 to 1984 and raised their daughters, Teresa and Christine.

After graduating from Central High School in Burlington, IL, Darlene worked in the catering business which she had fond memories of.  After getting married and moving back from Kentucky where Norman was finishing basic training, Darlene worked at Chicago Rawhide on an assembly line sorting car parts.  Darlene moved to Wisconsin in the early 60’s.  She worked at Spurgeons for several years before becoming a foster parent in 1971.

Darlene enjoyed socializing and could strike up a conversation with anyone.  She had a passion for planting flower beds, vegetable gardens, canning food, cooking, cleaning, bird watching, and collecting Fenton glass.  Darlene had an even greater love for all the children that she took care of throughout the years which made her best known as “Mama Dar”.

Darlene is survived by her two daughters, Teresa (Kirk) Sopha, Poynette and Christine (Tim) Bortz, Portage; four grandchildren, Samantha and Kelli Sopha and Stephanie and Amanda Liston; three great grandchildren, Gunner Tiffany-Sopha and Kaleb and Jasmine Liston; one sister, Bonnie Berna-Kelsey; two brothers, Fred (Kelli) and Bill (Jean) Granger; other relatives and friends.  She was preceded in death by her parents; ex-husband, and her significant other, Ronald Metz.

As per Darlene’s request, no service will be held.

Please take a moment to view the online Tribute Wall.  Send your condolences or share a memory of Darlene with her family & friends.

To order memorial trees or send flowers to the family in memory of Darlene Granger, please visit our flower store.