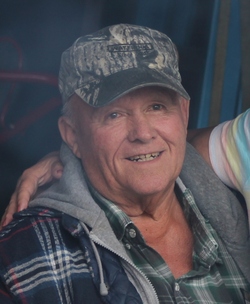 
Dick Hierlmeier, age 74 of Montello, passed away on Friday, November 25, 2016. He was born on February 23, 1942 in Medford to Harry and Erma (Rhodes) Hierlmeier. Dick proudly served his country in the United States Army as a medic. He married Thelma Schwochert on September 24, 1966. Dick worked at the Berlin Foundry for 35 years. He was a down to earth straight forward guy. Dick enjoyed hunting and fishing, but most of all he loved sitting around with family sharing stories and exchanging jokes.


Please take a moment to view the online guestbook. Send your condolences or share a memory of Dick with his family & friends.


To order memorial trees or send flowers to the family in memory of Dick Hierlmeier, please visit our flower store.