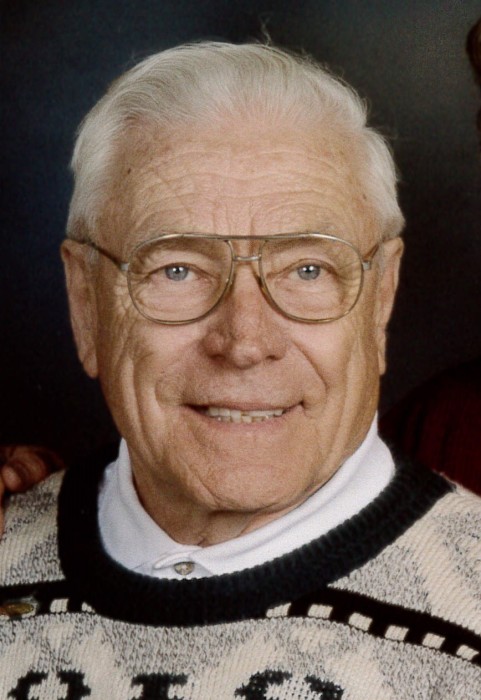 Edmond W. Grimmenga Sr., age 93 of Westfield, passed away on Sunday, April 21, 2019 at Harris Villa Assisted Living in Westfield.  He was born on August 10, 1925 in Brookfield, Illinois to Edward and Exilda (Beaulieu) Grimmenga.  Ed proudly served his country during WW II in the United States Navy.  He married Marilyn Tomlinson on August 26, 1950 in Brookfield, Illinois.  They lived in Lyons, IL and moved to Westfield in 1968.  Ed worked in the heating and air conditioning industry for most of his life.  He enjoyed hunting and fishing.  Ed was a member of Good Shepherd Catholic Church and a former member of VFW Post 8718, both of Westfield.

A Mass of Christian Burial for Ed will be held on Friday, April 26, 2019 at 11:00 a.m. at Good Shepherd Catholic Church in Westfield with Father Savio Yerasani officiating.  A visitation will be held on Friday from 9:00 to 10:45 a.m. at Steinhaus-Holly Funeral Home in Westfield.  Inurnment will be in Westfield South Cemetery at a later date.  In lieu of flowers, memorials would be appreciated to Good Shepherd Catholic Church.

Please take a moment to view the online guestbook.  Send your condolences or share a memory of Ed with his family & friends.

To order memorial trees or send flowers to the family in memory of Edmond Grimmenga Sr., please visit our flower store.