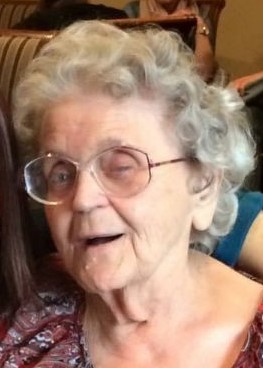 Elaine spent her life pleasing others with her gift of being a cook. She worked at many restaurants including the Pioneer, Mill Inn, Buffalo Lake Lodge, Luby’s, BenDeanos and eventually owning two separate restaurants in Neshkoro, the Root Beer Drive In and then the Village Diner. In 1982, Elaine started over with a move to Fond du Lac earning an associate degree in computer science and then going back to cooking at the Jesuit Retreat in Oshkosh for the next 15 years or so. In 1997, she finally retired and traveled. She attended the Super Bowl in New Orleans with her oldest daughter celebrating a Green Bay Packer Championship. She traveled to England, Japan, Germany, Scotland and numerous other countries. She travelled throughout the US visiting family and traveled with family. She loved to attend the Packers and Brewers games, always enjoying sports either live or on tv.

Elaine was a friend to many and a stranger to few. Throughout her life she worked hard but always made time for her family and community. She supported all seven children whether it was a school activity, a sporting event, a church activity, campfire girls, boy scouts, 4H or anything else they were involved in Elaine always found the time and effort to be involved.

From scrapped knees, broken legs, a fever or cold, hurt feelings or just a bad day she cared for and loved her children. She taught them the things they needed to know to move forward and to succeed in life.

Elaine was a strong Christian woman, physically small in stature but a strong willed woman who no one pushed around. She stood up for what she believed, admitted her mistakes, did not feel sorry for herself, helped the less fortunate, loved life with a passion, had a quick wit and a great sense of humor and passed those traits on to her children and beyond.

We were fortunate to have her (Mom, Grandma and Great Grandma) for 98 years helping us to steer through life and give us direction. She will be missed but we know she is home with the Lord.

A Memorial Mass of Christian Burial for Elaine will be held on Thursday, June 30, 2022 at 11:00 a.m. at St. John the Baptist Catholic Church in Montello with Father Savio Yerasani officiating.  A visitation will be held on Thursday from 9:30 a.m. until the hour of service at the church.  Inurnment will be in Oxford Village Cemetery at a later date.  In lieu of flowers, a memorial will be established.

Please take a moment to view the online Tribute Wall.  Send your condolences or share a memory of Elaine with her family & friends.

To order memorial trees or send flowers to the family in memory of Elaine Wastart, please visit our flower store.