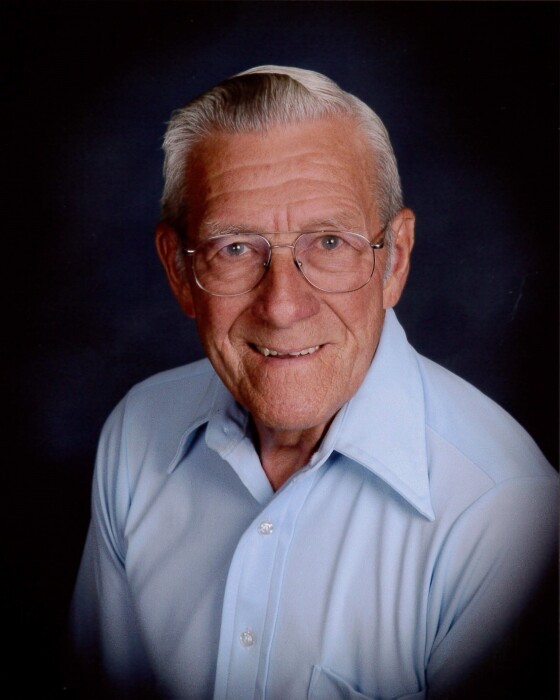 Eldon Walter Bengsch, age 89 of Westfield, passed away peacefully with his loving family by his side on Friday, July 31, 2020 at his home.  He was born on April 18, 1931 to Herman C. and Nina E. (Sharpe) Bengsch, in a log home in the Town of Springfield, Marquette County.  Eldon attended county grade schools of the area and graduated from Westfield Union Free High School, class of 1950.  He was drafted into the U.S. Army, serving in the infantry on the front lines in Korea from 1952-1953.  A daughter, Debra was born during his marriage to Annette LaMore.  On July 21, 1956, he married Joyce Thada and they were blessed with a daughter and a son.  His busy life included working as a farm laborer, egg route truck driver for Brakebush Brothers, meat delivery routes, meat cutter, construction worker, machine plant employee, county residence caretaker, ending his employed days as a John Deere implement delivery driver in 2015.  Eldon was a life-long member of Immanuel Lutheran Church, Westfield where he served on the Finance Committee for many years.  He also was a member of the VFW Post #8718, Westfield.  Eldon was honored to go on an Honor Flight to Washington D.C. on September 14, 2016.

Please take a moment to view the online Tribute Wall.  Send your condolences or share a memory of Eldon with his family & friends.

To order memorial trees or send flowers to the family in memory of Eldon Bengsch, please visit our flower store.