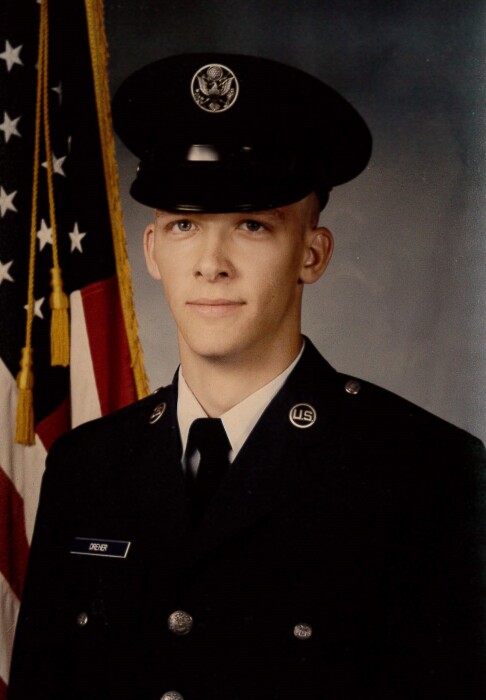 Erik William Dreher, age 53 of Montello, passed away peacefully surrounded by his family on Tuesday, February 23, 2021 at his home.  He was born on December 4, 1967 in Libertyville, IL to Robert Sr. and Sandra (Rydberg) Dreher.

Erik as a boy always loved to be a part of the conversation in the corner listening instead of playing. When he was young, he loved to crash the party with a good old fashion streaking. Erik was considered his father’s shadow and his mother was his best friend in the latter years of his life. He served in the United States Air Force as a helicopter mechanic. Erik was a jack of all trades and always working on a project. When he was not working on a project, he was his son’s homeschooling teacher from 1st grade till graduation. Erik enjoys aviation and music but had a true love of Pink Floyd. He was very involved with Disabilities “R” Us chat room as a moderator for 10 years. He was quite the movie connoisseur and enjoyed many different genres. Erik always believed in self-sufficiency as well. He was a loving husband, amazing father, Godfather, mentor, friend to many, family man, loving brother, and devoted son.

He was preceded in death by his mother, Sandra “Sandy”; best friends, Jamie Chrzas, Todd Strickland and Kean Fravel.

A celebration of life will be scheduled at a later date.  Due to the unexpected death of Erik, the family is requesting financial assistance with funeral costs in lieu of flowers.

Please take a moment to view the online Tribute Wall.  Send your condolences or share a memory of Erik with his family & friends.

To order memorial trees or send flowers to the family in memory of Erik Dreher, please visit our flower store.