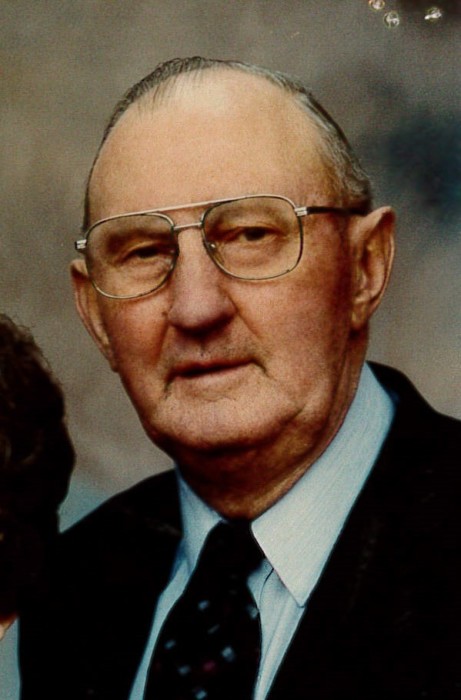 Ervin Edwin Streich, age 92 of Montello, passed away peacefully on Wednesday, October 9, 2019 at ThedaCare Medical Center in Berlin.  He was born on the family homestead on September 4, 1927 in the Town of Shields, son of the late Julius and Emma (Eichstaedt) Streich.  Erv proudly served his country in the United States Army during the Korean War.  He married Lucille Juhnke on June 20, 1953 at St. Paul’s Lutheran Church, Newton.  Erv worked alongside his wife on the family farm.  He also worked for Westfield Creamery, Westfield Dairy and FS Co-op, where he achieved status in the million gallon club for numerous years.  Following his retirement, he enjoyed delivering bread products and working on neighboring farms.  Erv was a lifelong member and elder of St. John Lutheran Church in Budsin.  He was an avid Brewer fan who also enjoyed watching the Packers and westerns.  Erv especially enjoyed spending time with his family.

A funeral service for Erv will be held on Saturday, October 12, 2019 at 3:00 p.m. at St. John Lutheran Church in Budsin with Rev. Gary H. Schultz officiating.  Burial will be in St. John Lutheran Cemetery, Budsin.  A visitation will be held on Friday, October 11, 2019 from 4:00 to 7:00 p.m. at Steinhaus-Holly Funeral Home in Westfield and on Saturday from 2:00 p.m. until the hour of service at the church.

Please take a moment to view the online guestbook.  Send your condolences or share a memory of Erv with his family & friends.

To order memorial trees or send flowers to the family in memory of Ervin Streich, please visit our flower store.