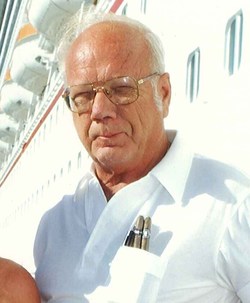 A memorial service for George will be held on Thursday, January 17, 2013 at 5:00 p.m. at Steinhaus-Holly Funeral Home, Westfield with Rev. Blaine Niskanen officiating. A memorial gathering will be held from 4:00 p.m. until the hour of service at the funeral home. In lieu of flowers, memorials are appreciated to the family.

To order memorial trees or send flowers to the family in memory of George Abbott, please visit our flower store.