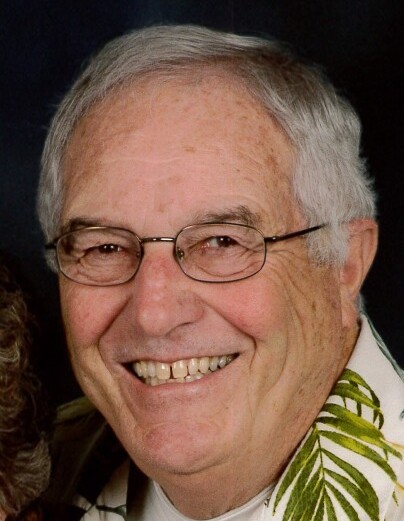 Jerry was born on the family farm located in the Town of Harris on March 11, 1937 to George and Ella (Briese) Wegner. He married the love of his life, Donna Jean Reusch in 1957 and together raised four children: Dale, Linda, Brian and Kevin.

Jerry attended the Haney School near Harrisville and graduated from Westfield High School in 1955. He served as a Radar Weather Specialist for six years in the United States Army. After service, he worked in water resources research for the Wisconsin Department of Natural Resources for nearly 40 years. Jerry served on the Westfield Village Board and the Marquette County Board, was a life-long member of St. John Lutheran Church of Harrisville serving on Church Council for many years, and was an active member of the Village of Westfield Volunteer Fire Department for 49 years, helping coordinate the Annual Chicken Barbeque for many years.

Throughout his life, Jerry was always busy with projects, hobbies and other interests. He spent countless hours in his woodworking shop creating birdhouses, furniture and special pieces treasured by his family. He was a steam and gas engine enthusiast and had a knack for restoring old engines and tractors, particularly his `51 JI Case which he enjoyed driving in parades and showing at the Badger Steam and Gas Engine Show. He enjoyed collecting coins and bottle caps, assembling puzzles and “putzing” in the woods on the land where he grew up as a child.

Jerry and Donna enjoyed traveling and camping. They visited all 50 states, Central Europe and took several cruises. Winters were spent at their home in Ruskin, FL.

Most of all Jerry loved spending time with family.

A memorial service for Jerry will be held on Friday, August 27, 2021 at 11:00 a.m. at St. John’s Lutheran Church in Harrisville with Rev. Blaine Niskanen officiating.  Inurnment and full military honors will be held at Harrisville Cemetery following the church service.  A visitation will be held on Thursday, August 26, 2021 from 4:00 to 7:00 p.m. at Steinhaus-Holly Funeral Home in Westfield and on Friday from 10:00 a.m. until the hour of service at the church.

In lieu of flowers, memorials may be made in Jerry’s memory to the Westfield Volunteer Fire Department or St. John’s Lutheran Church of Harrisville.

Jerry’s family would like to thank “the angels” at Heartland Hospice Care for assisting Jerry in his journey home.

Please take a moment to view the online Tribute Wall.  Send your condolences or share a memory of Gerald with his family & friends.

To order memorial trees or send flowers to the family in memory of Gerald "Jerry" Wegner, please visit our flower store.