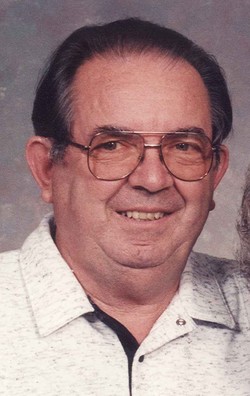 Gregory E. McLaughlin, age 83 of Westfield, passed away peacefully on Thursday, March 19, 2015 at Harris Villa of Westfield. He was born on August 6, 1931 in Beloit, WI to Isadore and Charlotte (Stoll) McLaughlin. Greg proudly served his country in the United States Navy during the Korean War. He was married to Rose Harms, she preceded him in death in 1991. Greg then married Kathy (Madden) Schlegel in 1994. He and his dad opened McLaughlin Furniture in 1949 in Beloit. Greg was a master upholsterer for 52 years. He relocated to Westfield in 1975 where he built his log home and shop and continued his upholstery service. Greg enjoyed the outdoors, fishing, hunting, playing cards and pitching horse shoes.

A special thanks to Nan and the staff of Harris Villa, Agnesian Hospice Hope and the VA Hospital for the wonderful care and loving attention shown to Greg.

Please take a moment to view the online guestbook. Send your condolences or share a memory of Greg with his family & friends.

To order memorial trees or send flowers to the family in memory of Gregory McLaughlin, please visit our flower store.