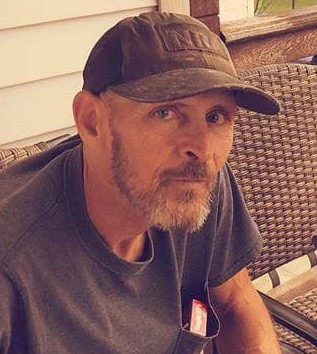 On Tuesday, December 4, 2018, at the age of 56, Gus Vincent Selbach, familiarly known as “Butch,” passed away because of cancer.

Butch was born April 1, 1962, the son of Gus J. and Katherine (Beneditz) Selbach. He graduated from Portage High School in 1980. He honorably served in the U.S. Marine Corps serving in the Gulf War. He was employed as a subcontractor in residential construction. Butch enjoyed spending time with his family and friends, playing poker, spending time on his computer, and promoting his political agenda.

He is survived by his daughter, Katherine Selbach (fiancé Clint Lerch) and her children Monica and Lenora, of Pardeeville; Katherine’s mother and his former wife Miyuki Harsh; his daughter Taurilynn Selbach and his son Gus Gavin Selbach and their mother Candi, of Montello; his sister Cheryl Selbach, a half-sister Maria Billoti, a step sister Lori Schneider, a step brother Shane Wilson; uncle Bob Selbach, aunts Mary Jo Warpool, Sarah Patti (Bill) Mautz, Sue Kirby; many nieces and nephews and their families, dear friends and extended family including; Tom McGill, Kay Froehlich, and Arnie Schehr. He was preceded in death by his parents, grandparents, and his sisters Cindy and Bonnie.

Respecting his wishes, no formal services will be held. However, there will be a memorial gathering for family and friends on December 16, 2018 from 10:30 am- 1:30 pm at the VFW in Portage, WI.

We extend our gratitude to Agrace Hospice Care, especially Amy, Lisa, and Natalie, who helped him and the family through his difficult final days.

Please take a moment to view the online guestbook.  Send your condolences or share a memory of Gus with his family & friends.

To order memorial trees or send flowers to the family in memory of Gus Selbach, please visit our flower store.