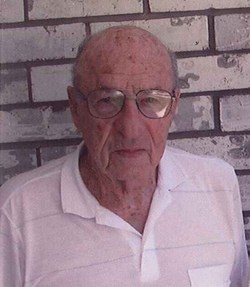 Harold John Bank, age 94 of Westfield, passed away on Saturday, July 21, 2012 at Villa Pines Living Center in Friendship where he had been a resident for the past year. He was born on September 25, 1917 in Denver, CO to Daniel and Lillian (Lavin) Bank. Harold proudly served his country as a pilot during WW II in the Army-Air Force. He spent most of his life in Colorado. After retiring, Harold and his wife, Martha moved to Mexico for 16 years before moving to Westfield to be closer to family.

Harold’s wishes were to be cremated. No service will be held.

To order memorial trees or send flowers to the family in memory of Harold Bank, please visit our flower store.