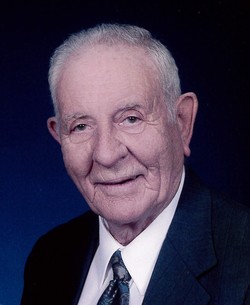 
Howard M. Wohlfert, age 88 of Oxford, passed away peacefully following a brief illness on Sunday, January 24, 2016 at UW Hospital in Madison. He was born on October 25, 1927 in Town of New Haven, Adams County, Wisconsin to Merle and Elma (Stafford) Wohlfert. As a young man, Howard spent every possible moment hunting and trapping with his good friend, Dick Waite. Howard proudly served his country in the Army Air Force in years immediately following WW II. He was raised to the sublime degree of Master Mason in Adams Masonic Lodge in 1952. Howard married Dorothy Smith on October 20, 1956 in Oxford. He was a life-long railroad employee, working for both the Chicago & Northwestern Railroad, and the Milwaukee Road, retiring in 1987. During his retirement he enjoyed fishing, hunting, spending time with his family, especially his grandchildren.

A Masonic and Christian memorial service for Howard will be held on Saturday, January 30, 2016 at 11:00 a.m. at Steinhaus-Holly Funeral Home of Westfield with Wautoma Masonic Lodge #148 and Pastor Terry Temanson officiating. A visitation will be held on Saturday from 9:00 a.m. until the hour of service. Inurnment will be in Oxford Village Cemetery with full military honors. In lieu of flowers, a memorial will be established in Howard’s name.

Please take a moment to view the online guestbook. Send your condolences or share a memory of Howard with his family & friends.

To order memorial trees or send flowers to the family in memory of Howard Wohlfert, please visit our flower store.