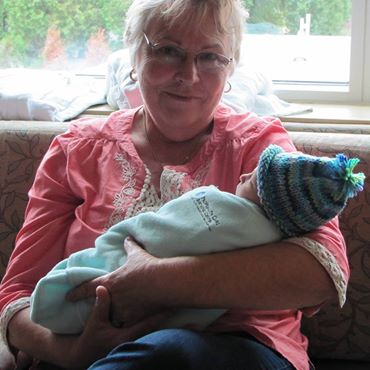 Jeanine Marie Anagnostopoulos, age 68 of Westfield, passed away following a six year battle with stage four lung cancer on Tuesday, January 9, 2018 at UW Hospital in Madison.  She was born on June 19, 1949 in Waukesha, WI to Eugene and Delores (Stelse) Kaufmann.  Jeanine grew up in Oconomowoc and graduated from Oconomowoc High School in 1967.  She moved to Westfield in 1990.  Jeanine was a Master Gardener and gardening was her passion.  She was a member of the Marquette County Master Gardener Association.  Jeanine enjoyed painting, cooking and especially spending time with her family, who meant the world to her.

A funeral service for Jeanine will be held on Saturday, January 13, 2018 at 4:00 p.m. at Faith United Methodist Church in Westfield with Rev. Joan Frost officiating.  Memorials would be appreciated to Budda Box Against Cancer of Marquette County, P.O. Box 91, Westfield, WI 53964.

Please take a moment to view the online guestbook.  Send your condolences or share a memory of Jeanine with her family & friends.

To order memorial trees or send flowers to the family in memory of Jeanine Anagnostopoulos, please visit our flower store.