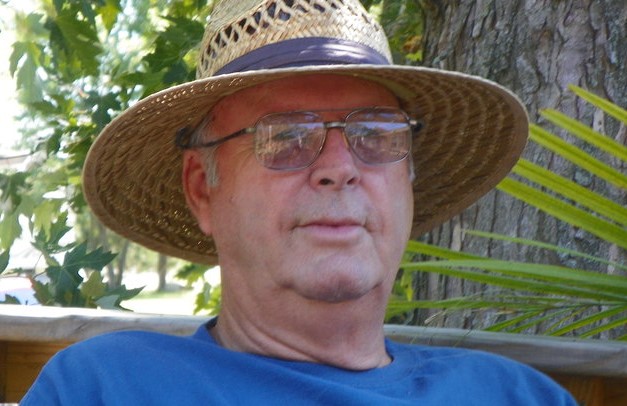 “May I check your oil Ma’am?” was a frequent question asked at Lacey’s Automotive Center & Gas Station in Oxford, WI.  Jere with his fun-loving charismatic demeanor made all customers welcome at his gas station.  No matter what the car’s ailment, he was there to help any person who needed assistance.  Long before GPS, a stop there gave you directions to anywhere in Wisconsin and beyond.  Jere Lacey was born the second son to Harmon Richard and Gladys Leela (Piper) Lacey on December 29, 1939.  He passed away on Tuesday, August 20, 2019 at home with his wife and daughter by his side. He was raised in Baldwin Park, CA where he enjoyed growing up with many cousins as there was never a shortage of relatives to engage with.

After graduation from high school, he enrolled in Whittier College, where he received a teachers’ degree for elementary education.  Working with children for one term, he realized that teaching was not his calling.  He then worked for Sears Roebuck and Co on a managerial training program.  He married Sandie Richardson in 1960 and together they had three children, Dean, Drew, and Dawn.  In 1968 the bug to move to Wisconsin bit him along with an effort to settle his profit-sharing agreement from Sears, he then moved to Oxford, WI.  For the next eighteen years, he ran his full-service gas station, earning a reputation of being fair and honest in all his dealings with customers.  Jere’s sense of humor and his ability to weave amazing stories, were part of his legacy.

After owning his gas station, he became a long-distance truck driver, first working for Don Droste Trucking in Portage and then for Klemm Tank Line.  He was on the road for nineteen years driving from Wisconsin to Pennsylvania and then to Marietta, Georgia and back.

Jere is survived by his bride, Barbara Stewart Joyce, whom he married in 2000. Jere is most proud of his children: Dean Lacey, Drew (Millie) Lacey, and Dawn Lacey.  He is further survived by his grandchildren: Stefan Persack, Kaitee Persack, Alyssa (Joe) Sweeney, Katrina (Brandon) Benson, Brandon (Laura) Lacey and James Norris, his stepchildren: Cheryl (Mark) Deskins, Darlene (Gary) Mills, and Michael (Sally) Stewart, and his step grandchildren: Jacob Deskins, Michaela Stewart, and Cash Stewart, many other relatives and friends.  Jere was preceded in death by his parents, Harmon and Gladys Lacey, and his older brother, James.

A Celebration of Life for Jere will be held on Monday, August 26, 2019 at 11:00 a.m. at St John’s Evangelical Lutheran Church in Oxford with Rev. Larry Sheppard officiating.  A visitation will be held on Monday from 9:00 a.m. until the hour of service.  In lieu of flowers, a memorial will be established in Jere’s name.

Please take a moment to view the online guestbook.  Send your condolences or share a memory of Jere with his family & friends.

To order memorial trees or send flowers to the family in memory of Jere Lacey, please visit our flower store.