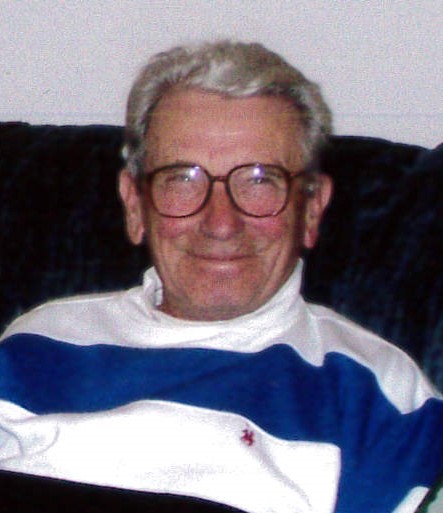 John (Iwan) Bucierka, age 91 of Westfield, passed away on Saturday, December 23, 2017 at Tivoli in Portage.  He was born on July 21, 1926 in Bilychi, Ukraine.  John was united in marriage to Stefania Zamojska in Germany and they have been together for over 70 years.  He was brought to Germany during WW II from his homeland Ukraine where he met Stefania who was also brought to Germany from her homeland Poland.  Both survived Germany’s occupation during the war as slave laborers working on German farms.

John and Stefania came to the USA in 1951 and were given fifty dollars, which they paid back and worked hard, saved, and raised their family.  Neither of them spoke English but managed to teach themselves and adapted to living in Chicago.  John worked at Ekco Plant in Chicago for over 40 years.  He started at the bottom and worked his way up to lead set up man.  John was well respected at Ekco and traveled to Canada and Tennessee to set up new Ekco plants.

John loved his friends and getting together to play cards, mainly pinochle.  John and Stefania traveled to Westfield most every weekend with the kids over the summers.  They would stay with good friends and they would hunt for mushrooms, fish and watch the kids play.  John was also a good polka dancer.  John and Stefania moved to Westfield from Chicago in 2005 to be closer to family.  John provided for his family by working hard and he loved family deeply.

A Mass of Christian Burial for John will be held on Saturday, December 30, 2017 at 12:00 noon at Good Shepherd Catholic Church in Westfield with Father Thomas Monaghan officiating.  Burial will be in Westfield East Cemetery.

Please take a moment to view the online guestbook.  Send your condolences or share a memory of John with his family & friends.

To order memorial trees or send flowers to the family in memory of John Bucierka, please visit our flower store.