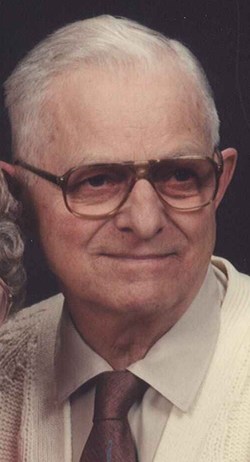 Joseph F. Gallenberg, age 93 of Westfield, passed away on Wednesday, November 7, 2012 under the care of Home Health United Hospice. He was born on October 18, 1919 in Antigo, son of the late Albert and Minnie (Stauber) Gallenberg. Joseph married Mary H. Kirsch on August 21, 1943 in Antigo. Mary preceded him in death on July 19, 2009. He enjoyed trips to the casino, paint by numbers and puttering around his home.

A Memorial Mass of Christian Burial will be held on Tuesday, November 13, 2012 at 11:00 a.m. at Good Shepherd Catholic Church, Westfield with Father David Carrano officiating. Inurnment will be in Pleasant View Cemetery, Town of Springfield at a later date. A memorial visitation will be held on Tuesday from 10:00 a.m. until the hour of service.
To order memorial trees or send flowers to the family in memory of Joseph Gallenberg, please visit our flower store.