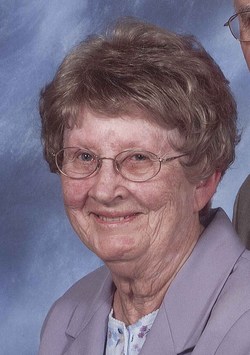 June Ellen Gilgann, age 85 of Wautoma, passed away on Tuesday, July 16, 2013 at Wild Rose Community Memorial Hospital. She was born on October 1, 1927 in the Town of Newton to Theodore and Emma (Zellmer) Klimke. June was baptized, confirmed and married at St. John Lutheran Church in Harrisville. She married Eldon Gilgann on June 10, 1950. She was a homemaker and mother to her two daughters, Linda Lee and Susan Marie. After raising her family, June worked summers at Harris Villa Resort and later worked at Brakebush Brothers where she took an early retirement.

Please take a moment to view the online guestbook. Send your condolences or share a memory of June with her family.

To order memorial trees or send flowers to the family in memory of June Gilgann, please visit our flower store.