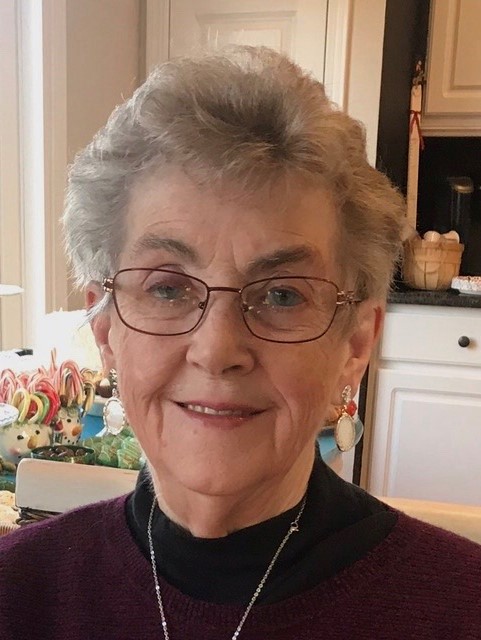 Laverne Geraldine (Miller) Laine, age 84 of Dakota, WI, passed away on Monday November 14, 2022 in Fort Collins, CO at Poudre Valley Hospital.  Born on October 24, 1938 in Donaldson, PA to Lester and Mabel Miller, Laverne was the youngest of four daughters.  After Laverne graduated in 1956 from Schuylkill High School, she and a friend had an adventure and drove across the country to California to Disneyland, before Laverne starting working as a secretary at the FBI in Washington D.C.

It was in Washington D. C. where she met the love of her life, Earl Laine of Wakefield, Michigan, who was in the army and stationed in the D.C. area.  After a fairly brief courtship, the two got married on the 4th of July, 1959, and eventually settled down in Waukegan, IL where they raised two sons, Jeff and John.  Laverne was a stay-at-home mom until her boys were in their teens; then she went back to work and enjoyed working as a secretary, until her retirement, for lawyers Smythe and Lee in Waukegan.

Laverne had a strong faith in God, and was a loyal wife and friend.  She loved to cook, and was especially good at baking breads, desserts, and Finnish pasties.  For many years she bowled in local leagues, and belonged to a group of close friends who met several times a year to play Bunco, a dice game.  She always said they had way too much fun playing Bunco.  She and Earl were big fans of Country and Western music, going with friends to many country music concerts and festivals during the years when they were empty nesters in the 1980’s and 90’s.

In 1972 she and Earl, along with close friends Sylvia and Ronald Nerva, bought a vacation home in central Wisconsin, where they were able to share their love of the outdoors with their children, grandchildren and friends.  During many of the vacations in Wisconsin, Laverne kept a journal that documented their experiences.  “A good time was had by all” was a phrase she often used to end each vacation’s journal entry.

Laverne is preceded in death by her parents, Lester and Mabel Miller, by her oldest son Jeff Laine, and by her sisters Iva, Lucy, and Marlene.

Please take a moment to view the online Tribute Wall.  Send your condolences or share a memory of Laverne with her family & friends.

To order memorial trees or send flowers to the family in memory of Laverne Laine, please visit our flower store.