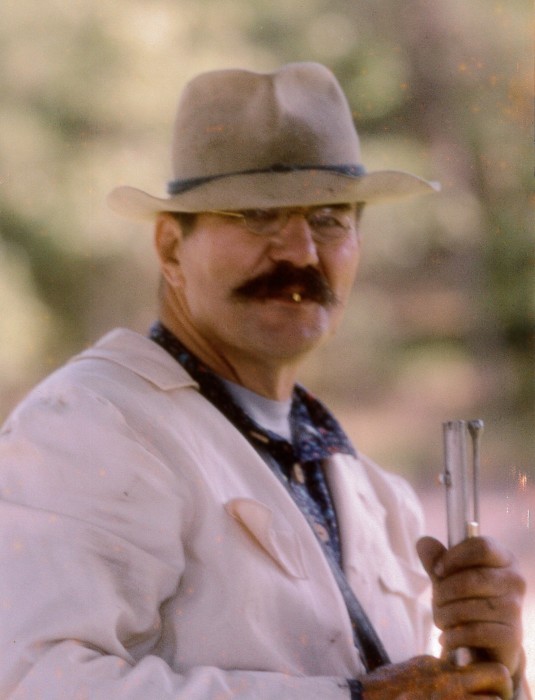 Lyle H. Snyder, age 84 of Westfield, passed away on Monday, August 20, 2018 at St. Mary’s Hospital in Madison.  He was born on April 25, 1934 in Gary, Indiana to Irwin and Marie (Cima) Snyder.  Lyle married Carol Cantrell on June 14, 1968 in Pittsfield, IL.  They were later sealed for time and eternity on December 14, 2000 in the Nauvoo Illinois Temple of The Church of Jesus Christ of Latter-day Saints.

Lyle graduated from Lockport, IL High School.  He received his BA from Lewis College in Joliet, IL. Joining the US Army in 1956 and serving until 1958.  After marrying Carol Jean Cantrell on Flag Day 1968 they moved with children Kathy and Anthony to Cottonwood, Idaho.  He worked for the US Forest Service spending his off time camping, hunting, fishing and adventuring.

Lyle’s interest in US history led to Indian War battlefields in Montana, Idaho and Wyoming. He also belonged to the North-South Skirmish Association and the Civil War Skirmish Association competing in period arms shooting competitions with Civil War era pistols, carbines, muskets and cannon.  He travelled around the Midwest and South to Mississippi and Virginia in National competitions.

Living in Westfield since 1976, Lyle worked at the Bureau of Prisons in Oxford in the education department.  Retiring in Westfield, Lyle was a 10 year Marquette County Supervisor. He belonged to the Quincy Masonic Lodge 71 in Friendship, Wisconsin, a 32nd degree Mason and to the American Legion Post 366 in Princeton, Wisconsin.

Lyle is survived by his wife of 50 years, Carol Jean Snyder; his children, Anthony Coniglio of North Adams, Massachusetts, Kathy (John) Luke in Centerville, Utah and David (Starla) Sampson of Springfield, Illinois.  He was blessed with 9 well-loved grandchildren who are scattered around our great country.  There are also 4 great-grandchildren. His sister Valerie Larrson lives in Washington state.  He was preceded in death by his parents.

A memorial service for Lyle will be held on Tuesday, August 28, 2018 at 11:00 a.m. at Steinhaus-Holly Funeral Home in Westfield.  Mr. Robert Theim of Quincy Masonic Lodge 71 and Bishop John Ramsell of The Church of Jesus Christ of Latter-day Saints, both of Friendship will officiate.  Full military honors will be held following the service.  Inurnment will be in Oakwood Cemetery in Pittsfield, IL at a later date.

Please take a moment to view the online guestbook.  Send your condolences or share a memory of Lyle with his family & friends.

To order memorial trees or send flowers to the family in memory of Lyle Snyder, please visit our flower store.