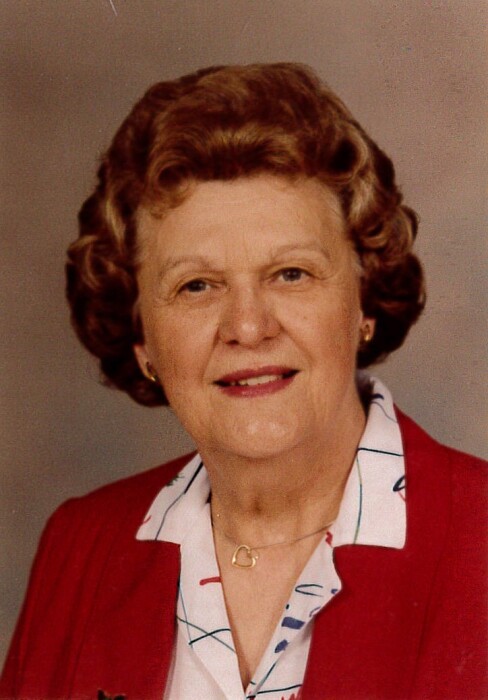 Mae I. Wandrey, age 94 of Coloma, passed away and went to her heavenly home on Friday, September 18, 2020 at Heartland House in Wautoma.  She was born on May 23, 1926 in the Township of Leon, Waushara County, daughter of Alfred and Clara (neè Timm) Stumpner.  She was baptized and confirmed at Emmaus Lutheran Church, Poy Sippi, Wisconsin by Rev. George Pape.

Mae attended Cedar Valley Grade School, a one room school, at 4 ½ years old.  She attended Berlin High School and graduated on May 22, 1943.

Mae wrote the Civil Service Exam for a Medical Assistant/Secretary and was assigned to work at the Induction Center in Chicago, the manager of which was Lt. Colonel R. C. Darby, M.D.  She started at Berlin Hospital in the fall of 1943 in the CNA Program and worked there for 4 ½ years in that capacity as certified by the Berlin Memorial Hospital Criteria.  Mae performed duties in OR, OB and X-Ray and also worked at Dr. Herman Koch’s office.

Mae married Donald A. Wandrey of Coloma, Wisconsin on November 23, 1946 at Emmaus Lutheran Church in Poy Sippi.  This union was blessed with the birth of one son, James, on January 8, 1952.  After marriage, she worked part time at Berlin Hospital and Dr. Koch’s office.

On November 8, 1948, she was employed by the Army’s retired Lt. Colonel R.C. Darby, MD in Wautoma, Wisconsin and continued there for 33 years as a Civil Service rated Medical Assistant, retiring in January of 1985.

Mae was preceded in death by her loving husband, Don, of 59 years, her parents, one sister, Verna Braun, one brother, Raymond Stumpner and a grandson, Abraham J. Wandrey who died in infancy.

A funeral service for Mae will be held on Monday, September 28, 2020 at 11:00 a.m. at Immanuel Lutheran Church in Westfield with Rev. Rodney Armon officiating.  A visitation will be held on Monday from 9:00 a.m. until the hour of service at the church.  Burial will be in Hillside Cemetery, Coloma.  In lieu of flowers, memorials would be appreciated to Immanuel Lutheran Church, Westfield or the American Red Cross.

Special thanks to all the staff at Heartland House in Wautoma.

Please take a moment to view the online Tribute Wall.  Send your condolences or share a memory of Mae with her family & friends.

To order memorial trees or send flowers to the family in memory of Mae Wandrey, please visit our flower store.