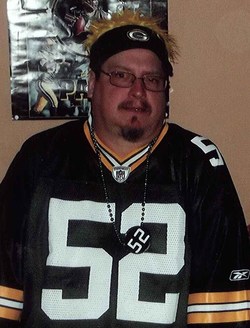 
Marc Springer, age 50 of Packwaukee, passed away on Wednesday, December 26, 2012 at home surrounded by his loving family. He was born on November 24, 1962 in Milwaukee, son of the late Richard and Doris (Batski) Springer. Marc graduated from Montello High School. He proudly served his country in the United States Navy. Marc enjoyed hunting, fishing, playing pool, golfing and was a die-hard Green Bay Packer fan.

Marc’s wishes were to be cremated. A Celebration of Life Gathering will be held at a later date.

To order memorial trees or send flowers to the family in memory of Marc Springer, please visit our flower store.