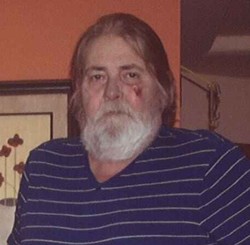 Michael K. Masnica, age 60 of Westfield, passed away peacefully on Saturday, February 14, 2015 at his home. He was born on June 25, 1954 in Milwaukee. Mike married Carol Behling on August 7, 2007 in Jefferson. He worked all of his life in various areas of construction. His last job was with Stoneman Construction of Oxford. Mike was also a great bartender. In his later years, he enjoyed woodworking and making things for his family. Mike thought he would die young, so he lived his life to the fullest, enjoying everything he did to the extreme!

Mike’s farewell gathering will be held on Saturday, February 28, 2015 from 1:00 to 4:00 p.m. at Harrisville Sportsmen’s Club Community Center. In lieu of flowers, memorials would be appreciated to the family.

Mike’s family would like to thank Home Health United Hospice for all the wonderful care and support.

Please take a moment to view the online guestbook. Send your condolences or share a memory of Mike with his family & friends.

To order memorial trees or send flowers to the family in memory of Michael Masnica, please visit our flower store.