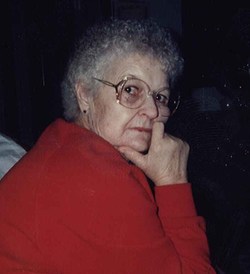 Owida Fay Peterson, age 83 of Westfield, formerly of Alabama, passed away peacefully on Monday, May 7, 2012 at UW Hospital in Madison. She was born on June 15, 1928 in Mississippi, daughter of the late Elgar and Verley (Morrison) Roberts. Owida was married to Hollis Peterson, he preceded her in death. She was a loving mother and grandmother and family was her life. Owida always thought of everyone else first before she thought of herself.

Owida wished to be cremated. No services will be held. Inurnment will be in Alabama at a later date.

To order memorial trees or send flowers to the family in memory of Owida Peterson, please visit our flower store.