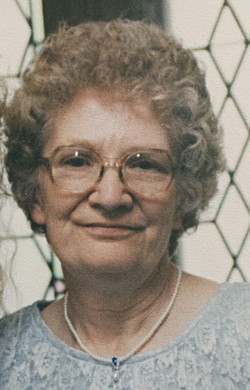 
Phyllis G. Hansel, age 83 of Westfield, formerly of Portage, passed away following a long battle with vascular dementia and sarcoma on Monday, December 19, 2016 at Golden LivingCenter in Wisconsin Dells. She was born on April 20, 1933 in Wautoma to Clarence and Ruth (Schluter) Hoeft. Phyllis graduated as salutatorian from Westfield High School in 1951 and attended University of Wisconsin-Stevens Point where she graduated with a teaching degree. Phyllis began her teaching career in 1957 and taught until her marriage. She married Elmer Hansel on August 31, 1963 in Westfield. After raising her two daughters, Phyllis returned to teaching in the Portage School District as a Title 1 Reading Specialist and retired in May of 1998. In her retirement, she enjoyed spending time with her beloved grandchildren, Taylor and Trey.


A graveside inurnment service will be held on Wednesday, December 28, 2016 at 3:00 p.m. at Westfield East Cemetery with Pastor Terry Temanson officiating. A dinner will follow at the Village of Westfield Community Center. A memorial fund will be established to purchase a park bench to be placed at Westfield Area High School.


Please take a moment to view the online guestbook. Send your condolences or share a memory of Phyllis with her family & friends.


To order memorial trees or send flowers to the family in memory of Phyllis Hansel, please visit our flower store.