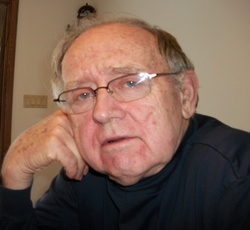 Raland A. Kohnke, age 78 of Westfield, passed away on Wednesday, September 5, 2012 at his home. Raland was born to Arthur and Irene (Hillmer) Kohnke on April 6, 1934 on the family farm in Newton Township. He served in the United States Army being drafted in 1955 and honorably discharged in 1957. On May 24, 1958 he was united in marriage to Evangeline Gene Grimm at Trinity Lutheran church in Wautoma, Wisconsin.

Raland worked 44 years in the dairy industry as a licensed cheese maker, licensed cheese grader, plant manager and field man. Raland spent 17 years as a member of the Westfield Fire Department and 36 years on the Harrisville Fire Department. He also served many years as a Deputy Sheriff for Marquette County, working the county fair, high school athletic events and 36 years as Harris Township law enforcer. Raland was a member of the Marquette County EMS working as an EMT-I for 32 years, responding to his final call on March 3, 2012.

As a member of Immanuel Lutheran church, Raland served as elder, Bethel Bible Series teacher and usher. His hobbies consisted of providing respectable care to those he served as an EMT, gardening, raising his goats and chickens and relaxing around his pond.

The family wishes to thank Nan and the staff at Harris Villa and Jessica with Home Health United Hospice for their concern and help to make Raland comfortable.

To order memorial trees or send flowers to the family in memory of Raland Kohnke, please visit our flower store.