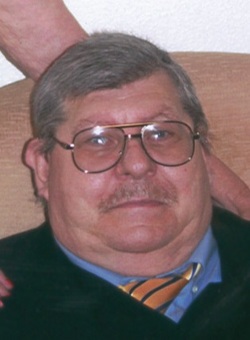 Randall “Randy” Thor, age 66 of Westfield passed away unexpectedly Friday, August 1, 2014 at UW-Hospital in Madison. He was born in Wausau, Wisconsin to Robert and Arlene (Sheve) Thor on April 21, 1948. Randy married Susan Christopherson on August 21, 1976 in Grand Marsh. He worked as a mechanic as well as in construction; Randy could fix just about anything. He enjoyed hunting and fishing as well as target shooting. Randy was a fan of old western movies, country music and using his smoker at the family cookouts. He loved his family very much and the memories he made with them will not be soon forgotten.
Survivors include: wife, Susan and seven children: Robert (Connie) of Kentucky, William (Margaret) of Montello, Sandy (Terry) of Adams, Susan (Robert) of Westfield, Randy of Wisconsin Rapids, Rosetta of Wyoming and Tanya (Matthew) of Westfield. He is also survived by numerous grandchildren and great-grandchildren as well as his brother, Alan (Lynn) of Oregon, IL.
Randy is preceded in death by his parents and several cousins.
A memorial service for Randy will be held on Thursday, August 7, 2014 at 6:00 p.m. at the Steinhaus-Holly Funeral Home in Westfield. Visitation will be held from 4:00 pm until the time of service. Pastor Terry Temanson will officiate.

To order memorial trees or send flowers to the family in memory of Randall Thor, please visit our flower store.