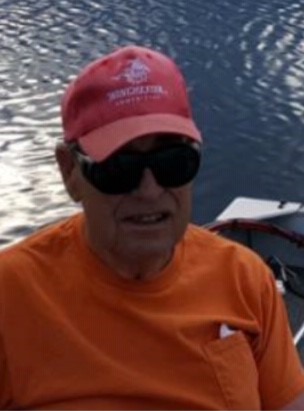 Raymond G. Michalsky, age 87 of Oxford, passed away peacefully on Sunday, January 12, 2020 at his home.  He was born on March 24, 1932 in Waukesha, WI to George and Edna (Blackburn) Michalsky.  Ray proudly served his country in the United States Marine Corps where he was awarded three battle stars for his military service.  He married Mardell Schueppler on May 15, 1954 in Racine.

A memorial service for Ray will be held on Saturday, January 18, 2020 at 12:00 noon at Steinhaus-Holly Funeral Home in Westfield with Father James McNamee officiating.  Full military honors will follow the service at the funeral home.  A visitation will be held on Saturday from 11:00 a.m. until the hour of service.  Inurnment will be in Oxford Village Cemetery, Oxford at a later date.

Please take a moment to view the online guestbook.  Send your condolences or share a memory of Ray with his family & friends.

To order memorial trees or send flowers to the family in memory of Raymond Michalsky, please visit our flower store.