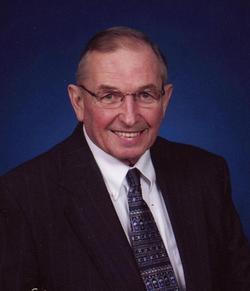 Richard “Dick” Zabel, age 69 of Oxford passed away peacefully surrounded by his family Thursday evening, March 29, 2012 at St. Joseph’s Hospital in Marshfield. Dick was born in Waupaca, WI on August 22, 1942 to Arlin and Elaine (Cartwright) Zabel. On August 24, 1963 Dick married Dolores Ruedinger at St. Mary’s Catholic Church in Winneconne. Together they lived in various places throughout Wisconsin, enjoying life together to its fullest.
Dick worked at many different jobs throughout his life. He was meat cutter, RV salesman, he managed Potato World in Adams County, owned and operated the Rural Insurance branch office in Coloma and most recently worked for Hometown Community Insurance in Adams. Dick was an avid fisherman and hunter. He also enjoyed gardening, stock car racing and polka music. Dick was a well liked man and will be remembered for his soft-hearted and genuine personality.
Dick is survived by his wife of 48 years, Dolores and four siblings: Monna Zink of Weyauwega, Beverly (Roderick) Wood of Waupaca, Judy (Thomas) Jennerjahn of Menasha and Stanley Zabel of Waupaca. He is also survived by his step-father Carroll Steinbach of and uncle Alvin Thiel, both of Weyauwega as well as many nieces, nephews, other family members and dear friends.
Dick is preceded in death by his parents and brother-in-law, Dennis Zink.
A funeral service will be held on Tuesday, April 3, 2012 at 11:00 a.m. at St. John’s Evangelical Lutheran Church in Oxford with Pastor Frank Giebel officiating. Visitation will be held from 9:00 a.m. until the hour of service at the church. Burial will take place at Lind Center Cemetery, Waupaca County on Wednesday at 10:00 a.m. In lieu of flowers, a memorial is being established. Steinhaus-Holly Funeral Home of Westfield is serving the family. www.steinhaushollyfuneralhome.com

To order memorial trees or send flowers to the family in memory of Richard Zabel, please visit our flower store.