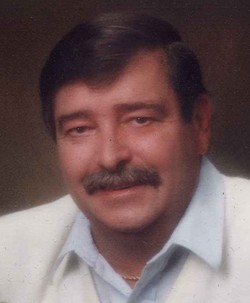 Robert W. Robinson, age 68 of Westfield, passed away unexpectedly on Tuesday, April 14, 2015 at his home. He was born on January 19, 1947 in Milwaukee to Charles and Adeline (Szwiec) Robinson. Bob proudly served his country in the United States Navy during Vietnam where he was a recipient of a Purple Heart. He married Laura Sellers and even though their marriage ended in divorce, they remained friends. Bob married Barbara Reizner on July 4, 1990. He worked for PPG Industries of Oak Creek for 30 years. Bob retired in 2000 and moved to the Westfield area to his property on Lake Burnita.

Survivors include his wife, Barb; two children, Andrea (Rick) Mullins, Franklin and Eric (Susan) Robinson, Seattle, WA; one granddaughter, Emma Robinson; one sister; one brother; other relatives and many friends. Bob was preceded in death by his parents.

Please take a moment to view the online guestbook. Send your condolences or share a memory of Bob with his family & friends.

To order memorial trees or send flowers to the family in memory of Robert Robinson, please visit our flower store.