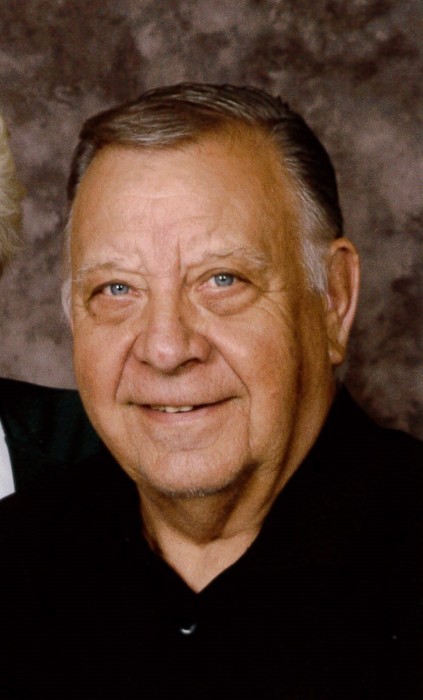 Ronald W. Willms, age 75 of Westfield, passed away peacefully surrounded by his family on Saturday, June 1, 2019 at his home.  He was born on February 28, 1944 on the family farm in Caledonia, WI, the youngest of eight children to Lester and Leona (Wolter) Willms.  Ron married his best friend, Maria Palmer on October 3, 1964 in Caledonia.  They were married for 54 years and built a life full of love, trust, and family. Ron and Maria were blessed with 3 children Rhonda, Tim, and Jenny.  Family was everything and he enjoyed spending time with his 7 grandchildren and 8 great grandchildren. Thru Ron’s life he held various jobs from working at Jacobson, owning a gas station with his brother, and later in life worked in construction as a heavy machine operator.  His true passion was farming and owned a cabbage and cash crop farm with his lifelong friends, Willms and Engelbart Farms in Caledonia.  Ron and Maria retired in 2003 and moved to their log cabin home in Westfield. He was the first to help anyone in need and was known as the local go to handy man around the lake.  When you visited the cabin you were always offered a drink and great conversation.  After a visit you were sent home with homemade wine and vegetables from his garden when in season.  He was a member of St. Peter’s Lutheran Church in Richford where he served on the church counsel.  Ron was also an active member of many clubs and leagues which included Westfield Whitetrackers, Caledonia Sno-Lords Snowmobile Clubs, Marquette County ATV Club, horseshoe, dart, pool, and bowling leagues. He was an avid sportsman who also enjoyed hunting and fishing.

A memorial service for Ron will be held on Saturday, June 15, 2019 at 12:00 NOON at St. Peter’s Lutheran Church in Richford with Rev. Blaine Niskanen officiating.  A visitation will be held on Saturday from 10:00 a.m. until the hour of service at the church.  Inurnment will be in Pleasant View Cemetery, Town of Springfield at a later date.  In lieu of flowers, memorials would be appreciated to St. Jude Children’s Research Hospital or Boys Town.

He was such a wonderful, happy man who accepted everyone as who they were.  He touched so many lives and will be dearly missed by everyone who knew him.

Please take a moment to view the online guestbook.  Send your condolences or share a memory of Ronald with his family & friends.

To order memorial trees or send flowers to the family in memory of Ronald Willms, please visit our flower store.