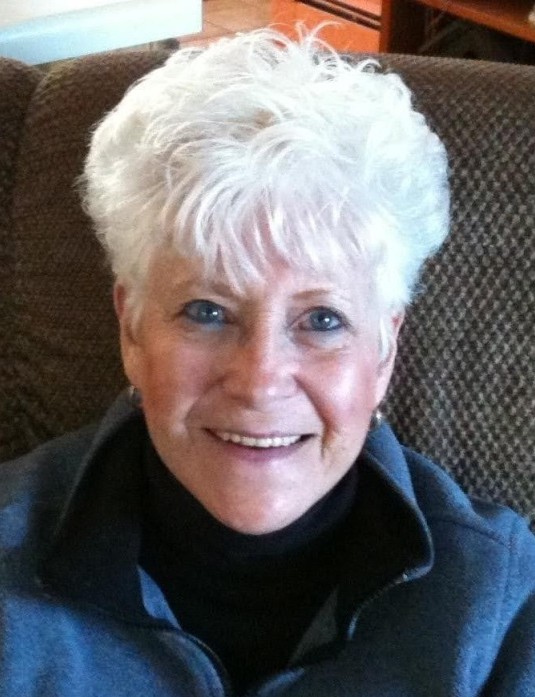 Shelby Jean Meinke, 80, passed away Tuesday, April 27, 2021 with family and her beloved dog, Lucy at her side. She was born on the 4th of July in 1940 to John and Violet Mixis.  The Mixis family, Shelby being the oldest of seven the children, lived in Parish, WI or as she would say, “The North Woods”. She was a Hodag through and through, graduating from Rhinelander High School in 1958.   She got her teaching certificate through UW-Stevens Point and went on to teach Math for Westfield School District.  It was in Westfield she met Officer Michael Meinke; the two were married August 17, 1963 and lived in Westfield. They had one daughter, Vicki (Daniel) Mulvey.  Life threw them a curveball when Michael passed away from cancer, leaving Shelby to raise their then 5 year old daughter as a single mother in the small town of Wautoma, WI.  This is when Shelby learned that family were the people who support and love you, the people you can confide in and trust. For Shelby this included the family she was born into, married into and the co-workers, students, friends and loved ones who became family through the years.

Shelby worked for the Norlin family at Mid-State Supply in Wautoma for 17 years.  She then moved back to the North Woods, near her mother and siblings where she worked as a cook, an advocate for the domestic violence shelter and eventually as a Real Estate Broker for RE/MAX.

During this time she found love and friendship with Ken Kraus.  Together they enjoyed dinners out with friends, road trips on the Spyder, vacations in Gulf Shores, car shows, cruises and spending time with their children, grandchildren and Ken’s great grandchildren.  Shelby loved their lake home where you could smell the roaring fire in the fireplace inside or outside in the fire pit overlooking Emma Lake.

Shelby was, as she would say, “in her glory” when she could cook for people who enjoyed eating, lend an ear when someone needed to be heard and offer a friend a place to stay.  She was known for her bottomless pots of chili, her countless pans of lasagna, potato salad, cookies, and candy.  She was a talented seamstress, sewing things from baby clothes to men’s sport jackets.  She was on many bowling teams through the years.  Shelby would watch the Hallmark Christmas movies even though she knew she would end up “bawling”.  There wasn’t anything on HGTV she didn’t like and was always up to try a new DIY project around the house.  With her beautiful blue eyes and snow-white hair she could be seen dressed to impress at a Captain’s Dinner on a cruise or with her pant legs rolled up splashing barefoot in puddles after a summer rain.   Although she couldn’t swim she loved being out on the water on the pontoon boat. She loved playing cards – high stakes in Vegas, teaming up with her son-in-law Dan playing Old Maid against the grandkids or one of her many card groups; she always played to win.   Throughout her life she loved to travel and most enjoyed the trips filled with laughter, ordering multiple desserts and maybe a little wine.  Her energy, generosity and adventurous spirit will be missed.

Of all that she did and all that she was, being a Grandmother was her greatest honor.  If you ever talked to Shelby for more than 5 minutes you undoubtedly heard about Andrew, Natalie, Alexander, Olivia and Miah; to her they were “The Grands” and to them she was “The Grand Prize”.   She made it a point to travel to see each of them in the hospital when they were born and stayed involved through all their activities and adventures either directly or by listening to their stories and demanding they send pictures.

A graveside inurnment service will be held on Saturday, June 5, 2021 at 12:00 noon at Westfield East Cemetery, Westfield, WI.

Please take a moment to view the online Tribute Wall.  Send your condolences or share a memory of Shelby with her family & friends.

To order memorial trees or send flowers to the family in memory of Shelby Meinke, please visit our flower store.