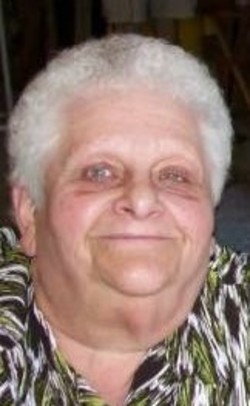 Shelby Mae Schulz, age 78 of the Town of Westfield, passed away peacefully on Friday, July 7, 2017 at Tivoli in Portage. She was born on January 13, 1939 in Grand Marsh to Glen and Agnes (Gibbons) Galbraith. Shelby married Myron Goodhue on August 4, 1956, he preceded her in death on January 3, 1971. She did a wonderful job of being a devoted mother to her six children. Shelby remarried on November 5, 1988 to Karl Schulz. She held numerous jobs throughout her life, retiring from Pioneer Mini Mart in Westfield after 22 years. Shelby loved spending time with her family, especially if it was shaking dice, attending Packer and Badger parties or family Brewer outings. She also enjoyed the many holiday gatherings with her family.

A funeral service for Shelby will be held on Wednesday, July 12, 2017 at 11:00 a.m. at the funeral home with Pastor Brenda Pulver officiating. Burial will be in Oxford Village Cemetery.

Please take a moment to view the online guestbook. Send your condolences or share a memory of Shelby with her family & friends.

To order memorial trees or send flowers to the family in memory of Shelby Schulz, please visit our flower store.