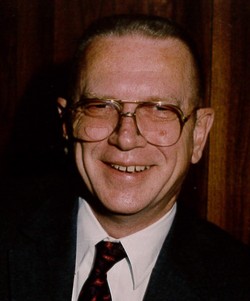 
Walter “Gary” Gannon, age 79 of Westfield, passed away on Saturday, April 30, 2016 at U.W. Hospital in Madison. He was born on July 16, 1936 in Elgin, IL to Walter and Dorothy (Lagerstrom) Gannon. Gary graduated from Elgin High School in 1954. On December 28, 1954 he enlisted in the U.S. Air Force and proudly served his country. While stationed at Truax Field in Madison he met his future wife, Mary Jane Kemnitz. They were married on September 13, 1958 and have been married for 57 years. After being discharged on December 27, 1958, they moved to Elgin, IL where he worked for Biggers Chevrolet for eight years and then at Elgin Sweeper Co. for 30 years, retiring in December of 1998. In 2000, Gary and Mary moved back to Westfield.

Gary liked to design and build things in his younger days. He built a two car garage, sheds and a bridge over the creek. He also enjoyed putting 500 piece puzzles together, traveling, going to casinos, watching NASCAR and football games as an avid Bears fan.

Please take a moment to view the online guestbook. Send your condolences or share a memory of Gary with his family & friends.

To order memorial trees or send flowers to the family in memory of Walter Gannon, please visit our flower store.