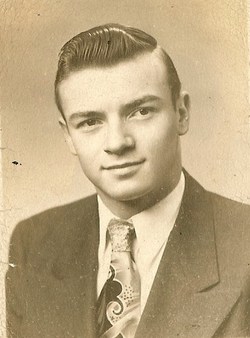 Warren graduated from Peshtigo High School in 1950 and then served his country in the U.S. Coast guard while based in Seattle, Washington. Following his tour of duty Warren entered and eventually graduated from DeVry Technical Institute in Chicago where he learned the electrician’s trade that would serve him and others throughout his life. He subsequently moved his family to the Oxford area and went to work for, and later retired from, the Federal Prison System in Brooks, WI. There he served as head electrician for the prison facilities.

Warren enjoyed his country home and loved keeping his yard immaculate for his family and friends to enjoy. In earlier years he loved deer and bird hunting with family and friends and going to the family cabin in Pembine. In recent years he was able to enjoy a lot of traveling which included numerous cruises and a trip to Australia and New Zealand. He also was an ardent sports fan and loved watching and supporting his Green Bay Packers, Wisconsin Badgers and Milwaukee Brewers, all of which gave him many exciting moments this past year.

Along with his parents and his wife, he was preceded in death by daughter Kim and brothers, Fritz, Myron and Gary.

According to Warren's wishes no services are to be held. A private family inurnment will be held in Oxford Village Cemetery at a later date.

To order memorial trees or send flowers to the family in memory of Warren Sherwood, please visit our flower store.