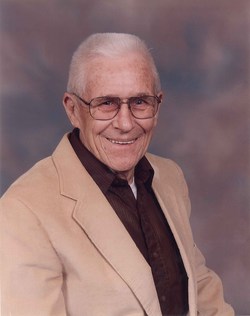 William “Bill” Weinmann of Waupaca, formerly of Shawano, passed away at the Wisconsin Veterans Home, King, WI on Saturday, March 29, 2014, at the age of 87. He was born in Iola, August 2, 1926 to the late Edwin and Elsie (Parks) Weinmann. Bill served his country in the United States Army from 1944 – 1947 during WW II. He was employed most of his life as a Chef, before retiring.

Bill was active for 30+ years in the 12 step program. He enjoyed hunting and fishing with family and friends. He very much enjoyed spending time with his loved ones.

A memorial service for Bill will be held on Friday, April 4, 2014 at 11:00 a.m. at Wisconsin Veterans Home Main Chapel with Chaplain Rich Engle officiating. A visitation will be held on Friday from 10:00 a.m. until the hour of service. Full military honors will follow the service. Inurnment will be in Woodlawn Cemetery, Shawano at a later date.

Please take a moment to view the online guestbook. Send your condolences or share a memory of Bill with his family & friends.

To order memorial trees or send flowers to the family in memory of William Weinmann, please visit our flower store.