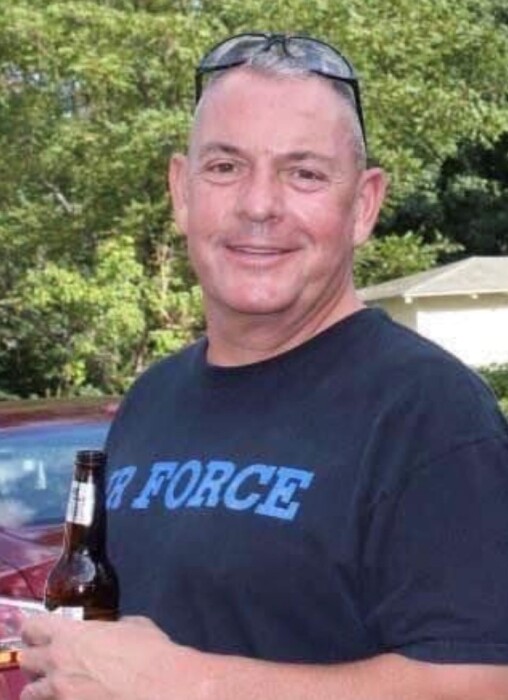 William “Bugs” Moran passed away on Thursday, December 30, 2021, in his home in Westfield, WI, of natural causes beside his faithful dog, Skidgey. Most likely, he immediately started Heaven’s largest party when reuniting with his parents Teresa and Eugene “Skidge” Moran, brother Terry Moran, nephew Ryan Schults, and other friends who left us far too soon.

Bugs, Bugsy, Bill, Billy, Uncle Billy, Big Round Head…he went by many names, but was more notorious for nicknaming everyone around him.

Born in Ilion, NY on June 11, 1963, Bugs graduated from Ilion High School and soon after enlisted in the United States Air Force. The Air Force took Bugsy to many locations, including England, Germany, Louisiana, and Las Vegas. In his late 20s, Bugs moved to Milwaukee, WI where he tended bar with close friends, and met Nikki Lorenz. Together Bugs and Nikki raised their daughter, Cailey, in West Allis, WI, where Bugs resided until late 2020. Bugs then moved to Westfield with Skidgey, where he was welcomed with open arms by many new friends.

Bugs spent a large majority of his life enlisted in the military, between his active duty in the Air Force and his involvement in the Air National Guard. In addition to being employed by the ANG for many years, he eagerly deployed to locations like England, Guam, Hawaii, Turkey, and even Kuwait. He was most proud of his time spent as a First Sergeant. Bugs retired and was honorably discharged from the Air National Guard in 2014.

Aside from his dedicated military career, Bugs dreamed of a career in acting. He succeeded in landing a number of memorable local commercials, as well as a few national ads along the way. He also dedicated a lot of his time to singing and songwriting, even recording a CD of some of his original songs. Mostly, he enjoyed “laughing and joking and drinking all the way” with his countless friends all over the world.

Please stop by to share memories, laugh, and enjoy a beer - Bugs wouldn't want it any other way! Some food and drinks will be provided. Please reach out to Cailey Moran, Bugs' daughter, if you have any questions! Hope to see you there.

Please take a moment to view the online Tribute Wall.  Send your condolences or share a memory of Bugs with his family & friends.

To order memorial trees or send flowers to the family in memory of William "Bugs" Moran, please visit our flower store.